Home Insights Why the investors are concerned about immigration program of Portugal?

The Republic of Portugal is located in southwestern Europe and possesses a climate of the Mediterranean region. Portugal covers more than 90 thousand square kilometers with a population of only about 10 million people. This is a country with a well-developed economy and a high standard of living. Let's find out in detail why investors are particularly interested in Portugal:

Portugal is located at the intersection of three continents: Europe, Africa and America. As a result, this is the center of important transport connections from international maritime to international aviation. Flying from Portugal to other countries in Europe is also very convenient as flying to Paris takes only 2 hours.

The majority of tourists and immigrants from other countries gave good feedback for the cost of living in Portugal. Necessity items from clothes, food to services are affordable. A luxurious meal at the restaurant here only costs about 50 EUR or the cost to travel 10km with public transport is only about 1.5 EUR.

Portugal has a stable politics and is the third ranked country out of 163 countries in peace. The crime rate in this country is very low as well as the occurrence of terrorism is also very rare compared to other European countries. In addition, Portuguese people are very friendly with foreigners as the country is the gateway to the Schengen area.

Portugal is implementing a very attractive program to attract immigrants which is the Golden Visa program. Accordingly, citizens holding Golden Visa can freely live, work and study along with visa-free benefits to many European countries. To own a Golden Visa, investors have many options such as contributing to the country, real estate investment or business investment. 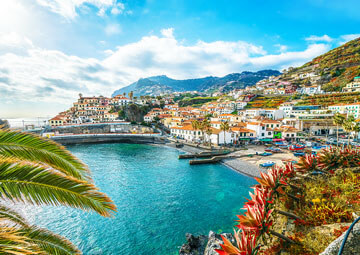 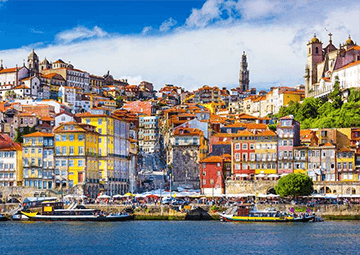